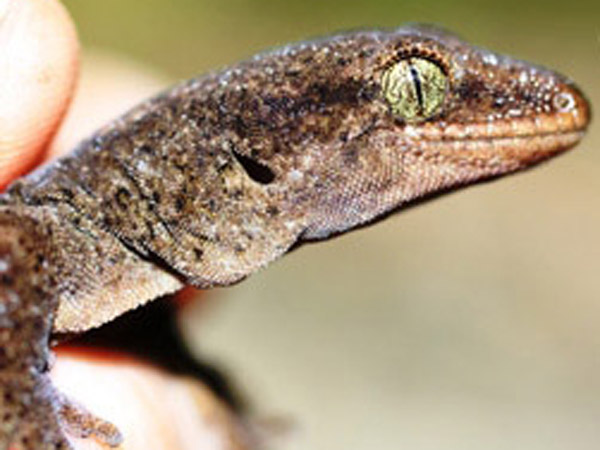 The most widely distributed New Zealand gecko, common throughout both North and South Islands, but rare on Stewart Island

Primarily nocturnal so feed on flying insects such as moths and beetles. Also eat nectar and fruit.

Give birth to twins in late summer

Common but decreasing with habitat loss and predation from introduced predators