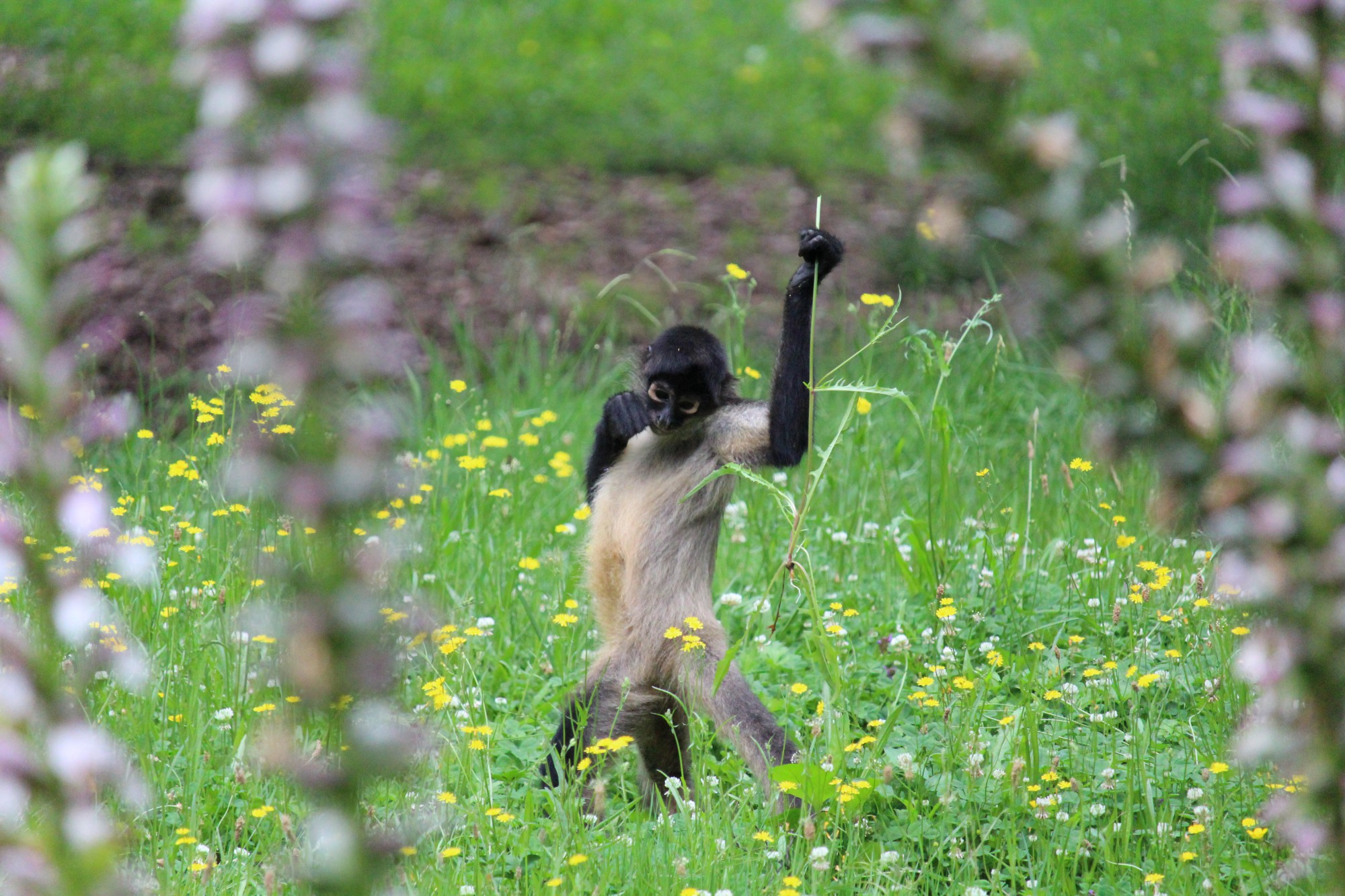 These animals are social and tend to form groups of approximately 30 individuals, but up to 100 have been reported. For the most part, these large troops split into subgroups to forage, and for only a few weeks of the year is the whole group together.


They are active during the day (diurnal). They tend to feed heavily in the morning and rest for the remainder of the day. These monkeys are amongst the most agile of the primates and are often seen hanging by one limb or by the tail, which essentially functions as a fifth limb. The tail is so dexterous that the spider monkey can pick a peanut up with it! Their tails are hairless underneath, the tip like the palm of a hand and each tail print is unique – just like fingerprints!

Spider monkeys rely more on their sight than their sense of smell, although males will mark territories with scent glands on their chest.

When driving away intruders, these monkeys will growl and bark like a small terrier dog. They will also break off small branches and toss them at the intruder.

Young are carried on the mother's abdomen for the first four months, then on her back. The infant is black for its first six months and completely dependent on its mother. The entire group may share in care of the young.

The major threat to this species is habitat loss, also subject to exploitation in pet trafficking in some areas and hunting.

There are 12 spider monkeys at Hamilton Zoo, eight females and four males. The youngest, Arano, was the first to be born at Hamilton Zoo in 10 years.

You'll find them in two separate enclosures. Beulah, Becky, Diego and Jessie are in the rainforest, the others can be seen in the big enclosure near the entrance to the native bird aviary where you will often see them sunning themselves or grooming each other by the pond.