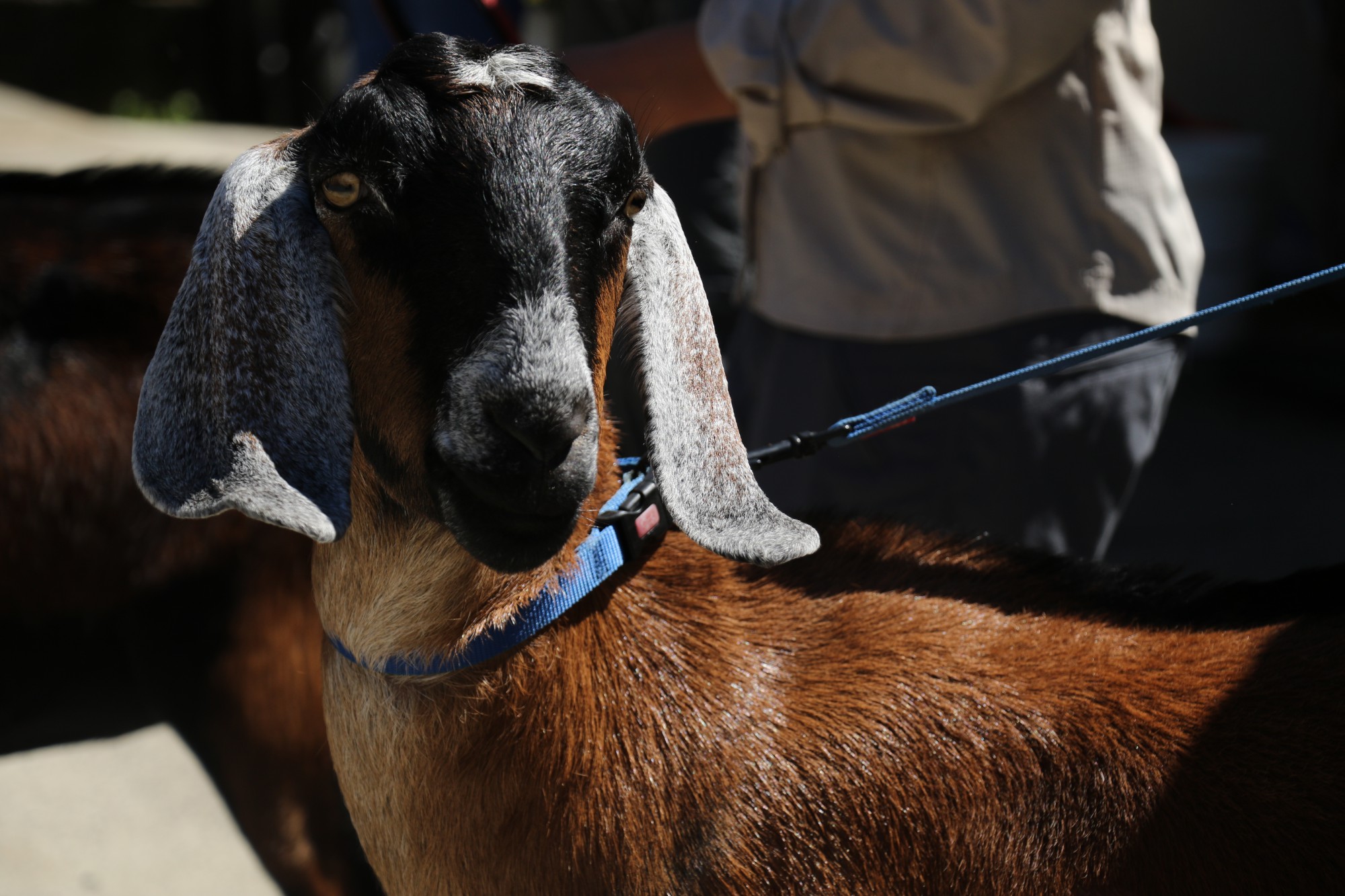 All over the world

Wild goats are found in mountains; domestic goats can thrive in all habitats

Pretty much all plant matter

Goats are among the earliest animals domesticated by humans. The most recent genetic analysis confirms the archaeological evidence that the wild Bezoar ibex of the Zagros Mountails is the likely original ancestor of probably all domestic goats today. They have been domesticated since Neolithic times.

Goats are naturally curious, agile and well known for being able to climb and balance in precarious places. They are independent compared to sheep and will spread out and graze as individuals when in groups. They will also communicate with humans at the same level as domestic dogs and cats. They are valued for their milk, meat and hides around the world.

We have four female goats and two male. The twins, Queenie and Newt were born late 2018. Our goats are friends and love people. Lacy, in particular, loves scratches behind her ears.