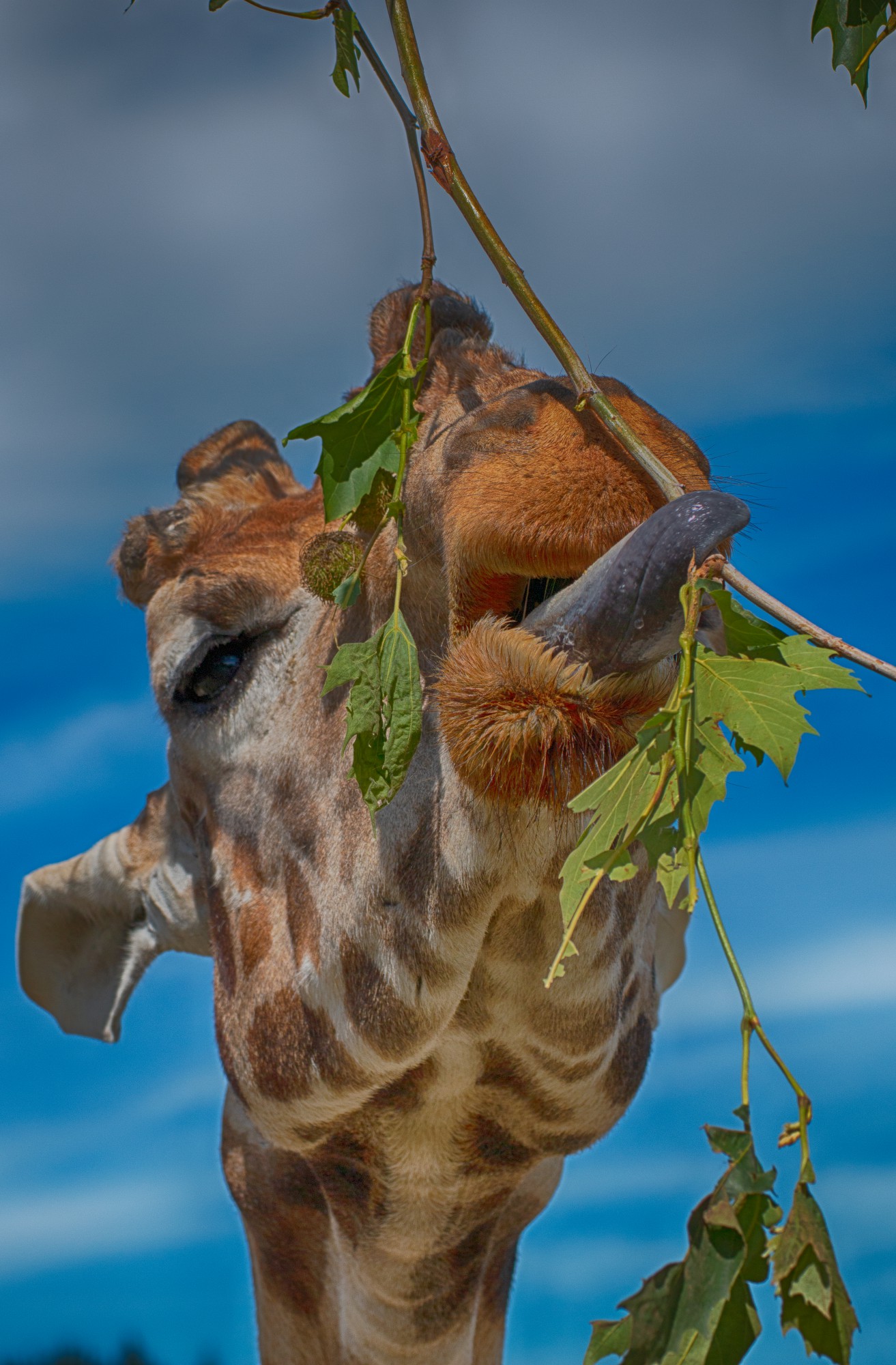 Leaves and shoots of trees and shrubs

Giraffes are the tallest animals in the world, superbly adapted to feeding on the leaves at the tops of trees. Males can reach heights of 5.5 metres and females 4.8 metres. The giraffes' neck is long and flexible but only contains 7 neck bones, just like humans. Each giraffe has its own individual pattern, like a human fingerprint.


Although they generally move at a very relaxed pace, they may attain a speed of 56km over short distances. Their long powerful legs are their best defence and capable of delivering a fatal kick to a predator.


At 50cm long, their tongues are both flexible and prehensile (capable of grasping) and make them very effective feeders on their favourite vegetation.


As giraffes are so tall they find it difficult to get up quickly once lying down, and are vulnerable to predators when sitting. They seldom lie down, sleep less than 2 hours a day, and usually sleep standing up.


A giraffe is sexually mature at 3-4 years of age. After a gestation of 15 months, the cow delivers a single calf while standing. At birth, the calf is already about 6ft tall, taller than the average human being!


The major threats to giraffes are habitat loss and poaching. They are also used as a source of meat and are killed for their tail hair, which is often made into bracelets.

We have a bachelor (male) group of four giraffe at Hamilton Zoo. You'll find them in the savannah during the day unless the weather is bad. If it is, you can still see them in their night dens over in the wetlands.

Ndoki is the oldest and loves to come and say hi at the feeding area during encounters.