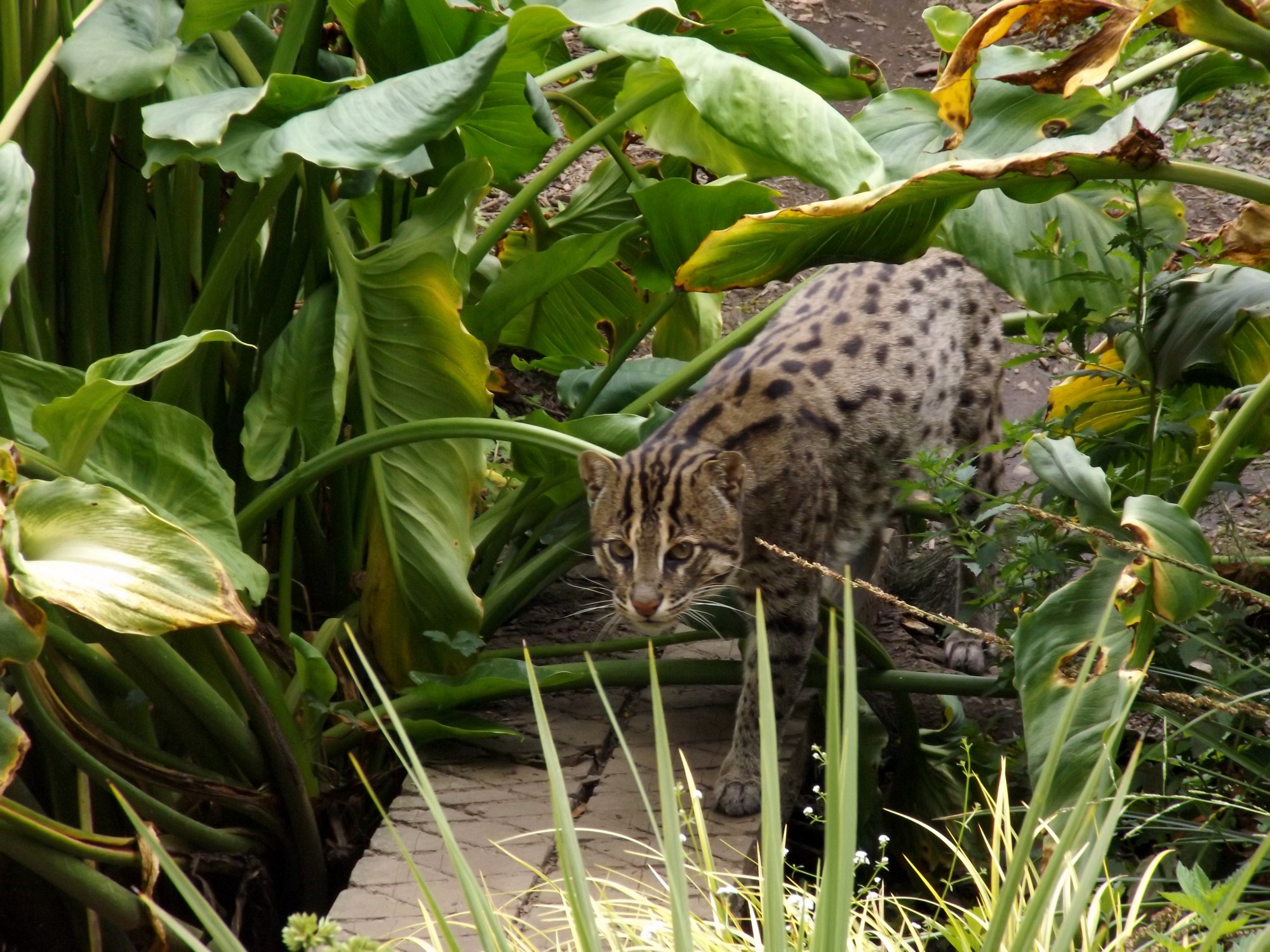 Fish are their most frequent prey, but they also hunt any small mammals

Endangered, due to wetland habitat destruction and human over exploitation of fish stocks

Fishing cats are very at home in water and are strong swimmers in deep water and over long distances. They are stocky and powerfully built, with short legs, a broad head and a short tail which is roughly one-third the length of its body. Their fur is coarse and brownish-grey, with distinctive dark markings which are a combination of both spots and stripes.

They appear to be solitary hunters, but little is known about their reproductive or social behaviour in the wild.

Fishing cats employ two methods to catch fish – they scoop them from water with their paws, or dive into the water and grasp them with their jaws.

Wetland destruction and degradation is the primary threat faced by the species. Threats to wetlands include human settlement, draining for agriculture, pollution and excessive hunting, wood-cutting and fishing. The depletion of fish stocks from over-fishing is prevalent in many Asian wetland environments and is likely to be a significant threat.

SORRY, OUR FISHING CAT ARE CURRENTLY OFF DISPLAY DUE TO MAINTENANCE WORK.

There are three fishing cats at Hamilton Zoo, one male (Bandula) and two females (Indah and Sahajah).

You will find them in their enclosures between the chimps and the boardwalk, though they are nocturnal and can be very difficult to spot. Bandula is less shy than the females so is the one you're most likely to see.