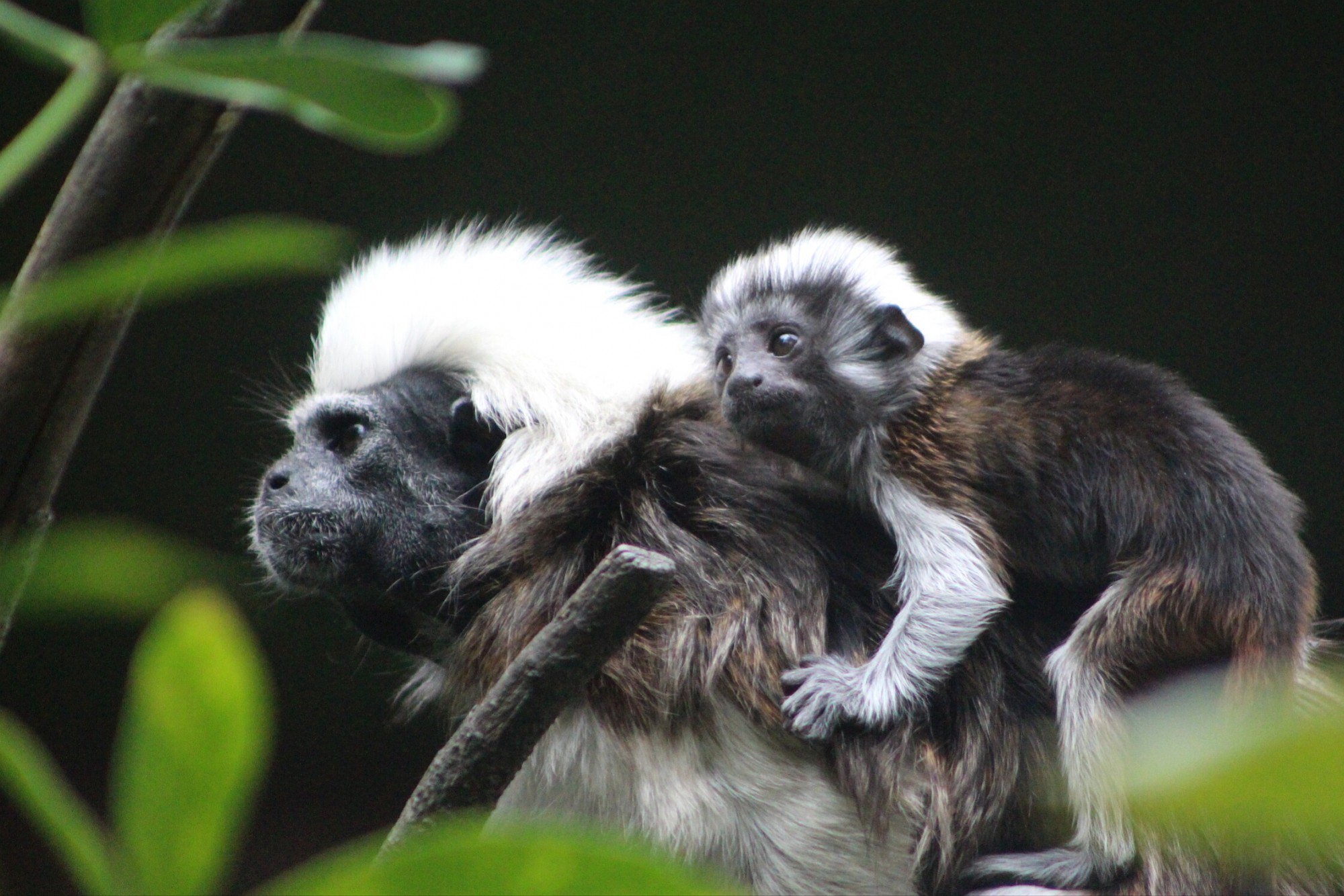 Average is 13 years but up to 24 years in captivity

Hawks and snakes, and humans who sell them into the illegal pet trade

Cotton-topped tamarins are tiny monkeys that weigh less than half a kilogram! They take their name from the crest of long white hair, which they raise as a mild threat. They have black faces, white stomachs and brown backs, with reddish hairs around the base of their tail.

They commonly live in groups of 3-9 individuals. They are active during the day, spending most of their time searching for food. At night they sleep in broad tree forks and vine tangles within their home range. They use facial expressions, posture and various vocalisations to defend their territory.

In cotton-topped tamarin groups, everyone takes care of the baby monkeys. Fathers, brothers and sisters carry the infants on their backs, passing them to their mothers for feeding.

The cotton-topped tamarin is threatened by habitat loss, as a result of deforestation for housing and agriculture. A major impact in the past was export for the pet trade and biomedical research. Export has been banned since 1974.

You'll find our cotton-topped tamarin in the Parrot Court at Hamilton Zoo. Mishka and Bianca, together with their baby girl Luciana (meaning light) love to hang out together on the branches in their enclosure.