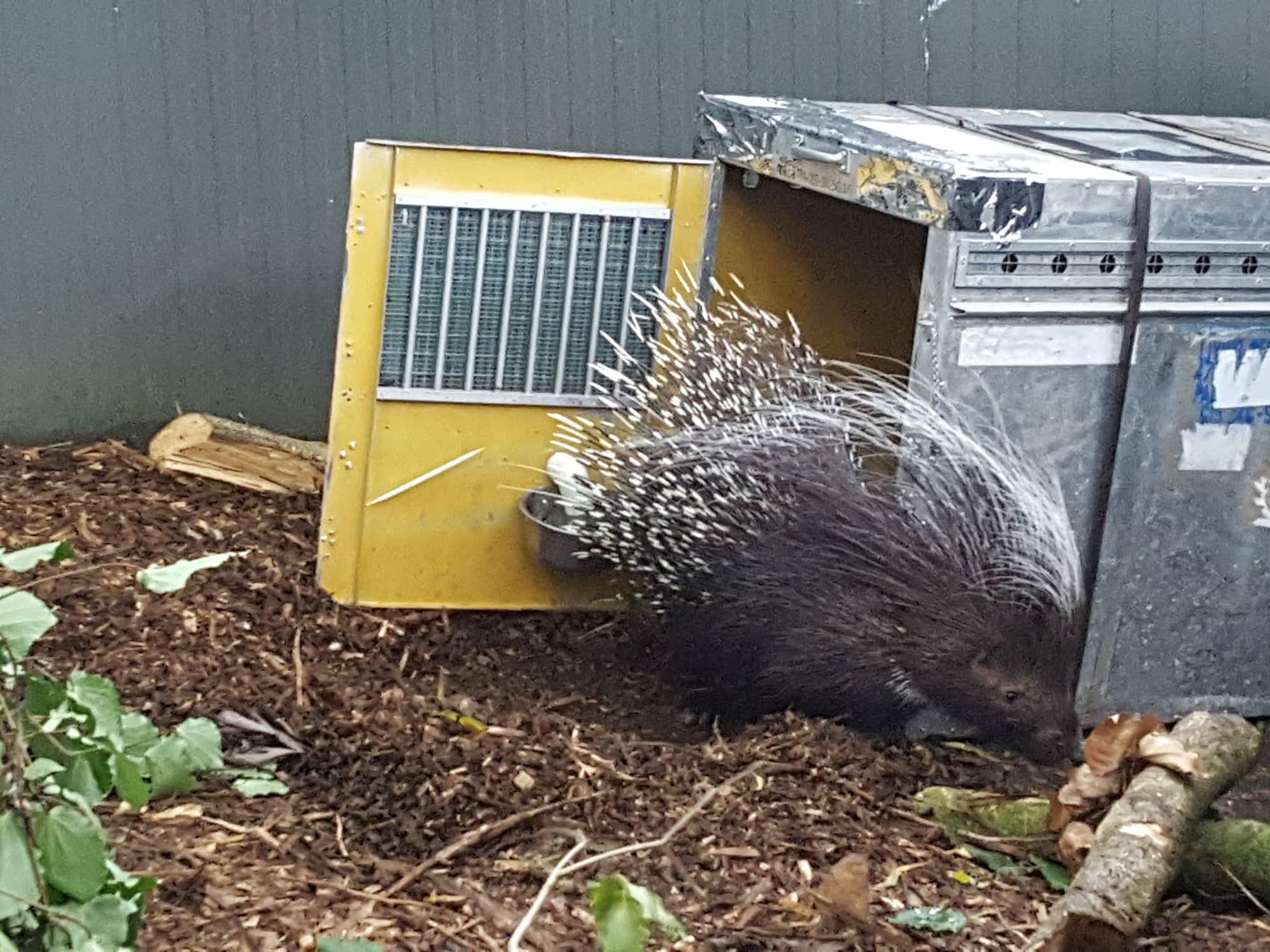 Across the whole of southern and central Africa, up to the Congo in the North.

A wide range of habitats

Cape porcupines are the largest rodents in Africa and world's largest porcupines. They measure 63 to 81 centimeters (25 to 32 inches) long from the head to the base of the tail, with the tail adding a further 11-20 centimeters (4.3-7.9 inches). They weigh from 10-24 kilograms (22 to 53 pounds), with exceptionally large specimens weighting up to 30 kg.

The spines on the tail are hollow, and used to make a rattling sound to scare away predators.

Cape porcupines eat mostly plant materials and have also been reported to gnaw on carrion and bones. They are often considered pests by local farmers because they can feed on crops and damage trees. However, their debarking of trees may also play a role in the maintenance of local savannah ecosystems, helping to prevent the development of denser forested environments.

Cape porcupines are nocturnal and monogamous, typically living as mated pairs of adults, caring for any young together.

When attacked, the porcupine freezes. If cornered, it turns vicious and charges to stab it's attacker with its quills. Otherwise, the porcupine may retreat into its burrow, exposing only its quills and making it hard to dislodge.

Ingozi lives with the meerkats, but she is nocturnal and also very shy so very difficult to see. If you do catch a glimpse of this lovely girl, you are very lucky indeed.