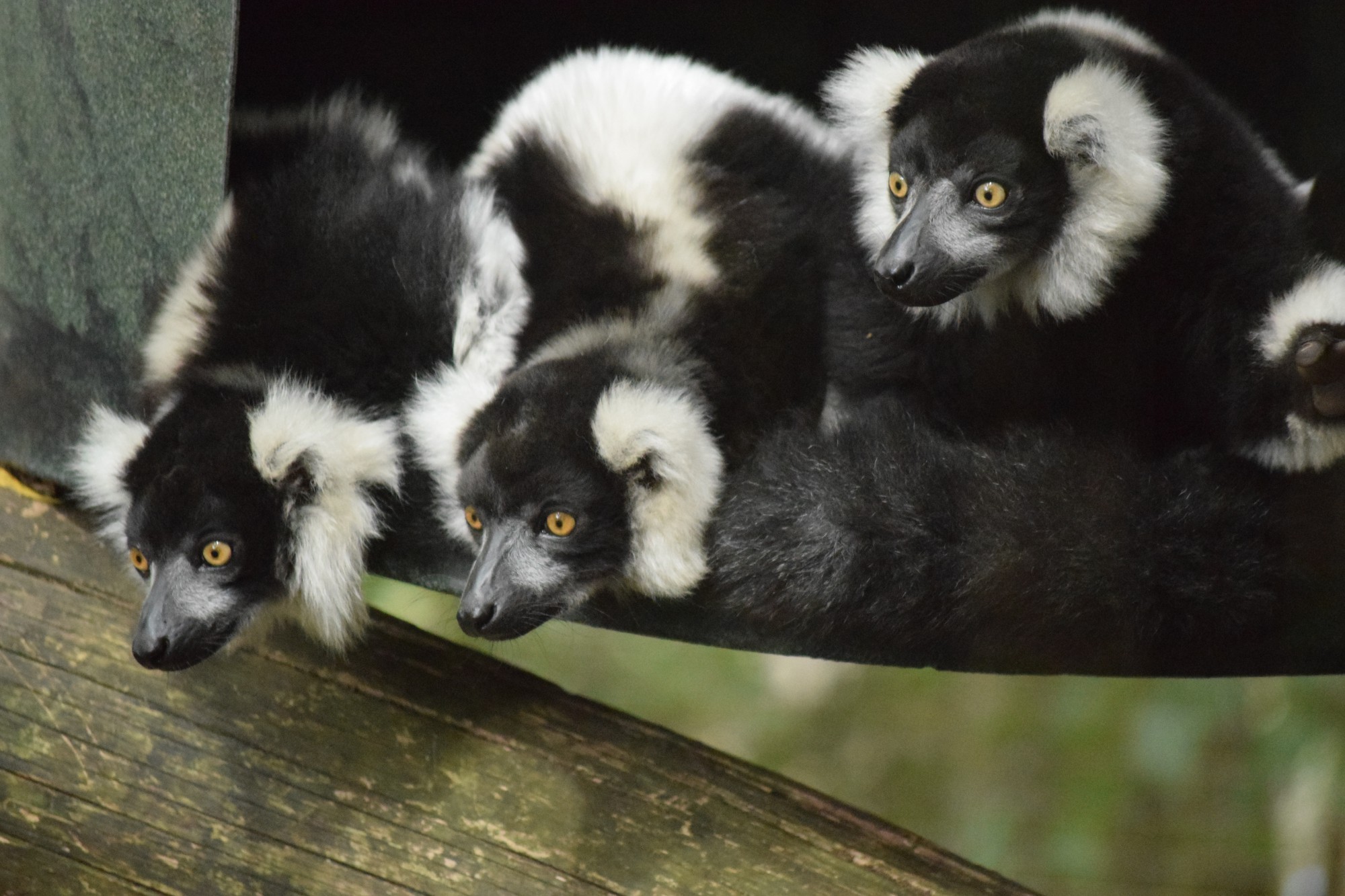 Predominantly vegetation such as flowers, fruit, seeds nectar and leaves

Up to 19 years in captivity

Humans - through habitat destruction and hunting

The black and white ruffed lemur is one of the largest of the lemur species. They get their name from the thick white ruff or mane around their necks.

These lemurs are diurnal, and are most active in the morning and late afternoon. They live in small groups of between two and five individuals.

Ruffed lemurs spend most of their time in trees. They are quadrupedal, using all their limbs for locomotion and their long tails give them excellent stability. They often hang upside down from branches by their feet when feeding. Ruffed lemurs are characterised by their long, canine-like muzzle, which includes a significant overbite.

Their loud, raucous calls are answered by neighbouring communities and subgroups within the same community. These calls allow groups to remain in contact and maintain territorial spacing.

Ruffed lemurs build nests for their newborns. They are the only primates to do so! Females will carry their offspring in her mouth, much as a dog or cat, unlike other lemurs that carry them clinging to their bodies.

These lemurs are endangered due to habitat loss as the forest is cleared for farming and housing. They are hunted for pet trade and killed for their fur and meat, which is considered a delicacy.

We have seven black and white ruffed lemurs living here at Hamilton Zoo. The boys are separated from the ladies, who get more agressive as they age.