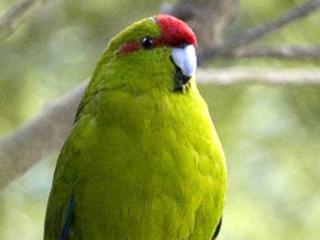 Breeding is from October to December and they nest often in a hollow tree branch or a hole in a decaying tree. They lay 5-9 eggs over 1-2 days and incubated for around 20 days. Chicks open their eyes at 10 days, fledge at 5-6 weeks.

A serious pest to crops and gardens in the 1870s-1880s, numbers have steeply declined due to forest clearing and culling by humans, as well as predation by mammals such as stoats. Competition by introduced birds further reduces numbers.