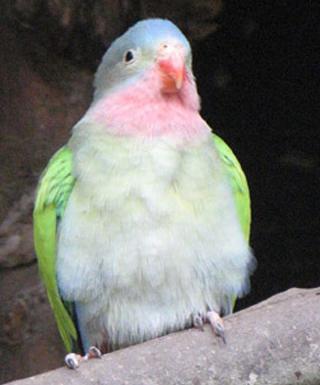 The interior in central and western Australia

Areas of eucalyptus, casuarina and acacia trees in arid woodland and scrub

The seeds of grasses and shrubs

Breeding is September to January. They nest in a hollow limb of a tree and there can be as many as 10 nests in one tree. They lay 4-6 eggs incubated for 20 days. Young birds leave the nest around five weeks after hatching.

The Princess Parrot is nomadic species and one of Australia’s least known parakeets, rarely seen in the wild. Sporadic appearances make it difficult to determine what changes affecting their distribution and habitat have occurred.

It has been bred in captivity for over 100 years.

Our Princess Parrot is called Betty and he lives in the Australian Aviary.