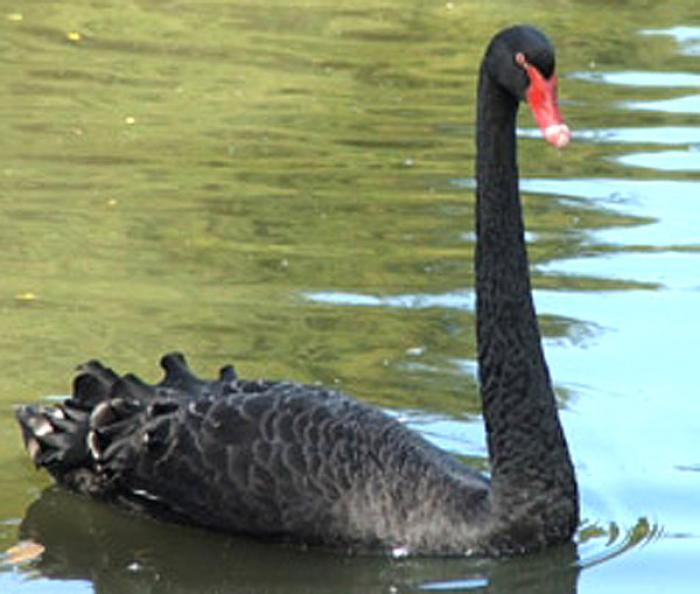 Australia, and introduced into New Zealand in the 1860s.

Mainly vegetation, leaves and the stems of aquatic plant; they may also eat crops.

In NZ breeding is July to October. Their nests are built from sticks and vegetation and eggs are laid at daily intervals, four to eight pale green eggs incubated for five weeks. Chicks learn to swim and feed themselves very quickly.

Humans may hunt swans for their meat and feathers.

The male stands about 1.3m tall and weighs around 6kg. The wingspan is up to 183cm. They are generally black all over with white wing tips. The eyes are red, and the bill is also red with white at the tip.

Pairs are strongly territorial and defend a large area around the nest. If forced to nest communally, they defend the area immediately around the nest. Swans mate for life but if a partner is lost, they will find a replacement.