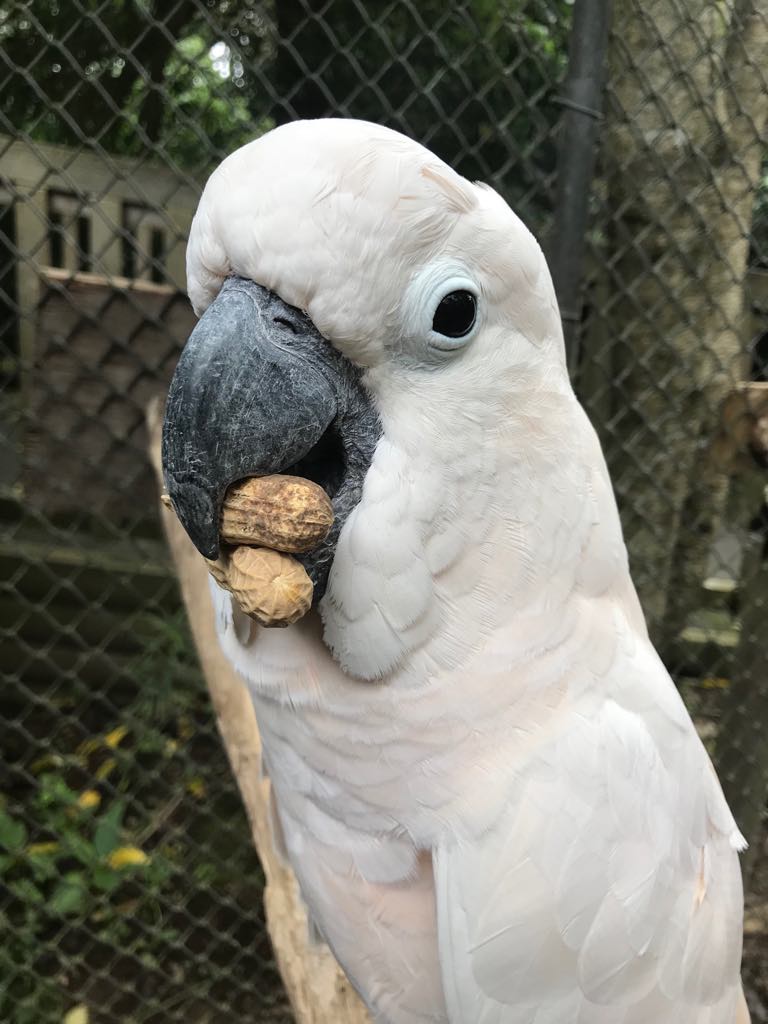 Native to islands of South Maluku in Eastern Indonesia

Lowland rain forest up to 1000m. Numbers are linked to the availability of large nesting trees.

Breeding is in July and they nest in a tall tree hollow, with wood chip lining. They lay 2-3 eggs incubated by both parents for 25 days. Chicks fledge at three months.

Vulnerable – the wild population has declined rapidly as the result of trapping for the pet trade and deforestation. To preserve their natural habitat and bring an end to trapping, a programme called the Indonesian Parrot Project has been introduced to raise local awareness and promote ecotourism

The largest of the white cockatoos and possibly also the loudest. Shy and cautious in the wild, in captivity they are known to be highly intelligent and affectionate with complex personalities. They are also very long-lived, with a lifespan of about 90 years. Commonly called the Moluccan cockatoo.