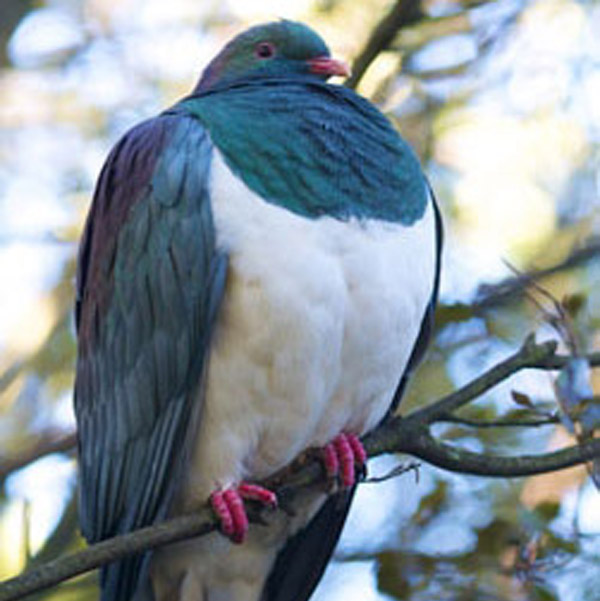 Forests and some urban areas, with sufficient roosting and feeding areas.

Breeding is October to March and they nest on a shallow platform usually 2-6m above the ground made of loosely intertwined sticks which will be continually added to. They lay one egg incubated for 29-10 days. If the egg is lost another may be laid if early in the season. Chicks stay in nests for 11-12 weeks and fledge at around 40-45 days.

Near threatened – poor breeders, these birds require protection from hunting and safe habitats to build up numbers.

This endemic species is an important seed-spreader in the forest, and several native tree species rely on the kereru for survival. In the past humans killed many, and illegal poaching still continues.