Successful shorebird rehab at the Zoo

It warms our hearts to receive updates on former patients to our rehabilitation facility. And it doesn't get better than receiving the news that critically sick birds we cared for have been spotted over 11,000km away!

Earlier this year DOC sent us a number of very unwell wader shorebirds including banded dotterals, red knots, pied stilts, godwits and caspian tern. Suspected marine algal bloom on the Firth of Thames had caused them to be in such a bad way that some lacked the strength to even walk.

Our bird and vet team, along with a local bird rehabber and our friends at Auckland Zoo, swung into action and we each took on some of these birds, providing critical care and nursing them back to health. Sadly not all could be saved but we successfully rehabilitated over 80% of the birds we received. Once they were ready to be released, the birds were banded and returned to the wild.

Since their release, thanks to their bands which individually identify them, we've received reports some of the red knots and godwits have been spotted along NZ beaches. And some of the red knots are off on an epic journey... DOC got back in touch earlier this week with news they had been seen in China! This will be a stop off for them as they migrate to their northern breeding grounds. 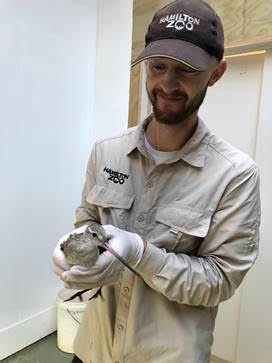 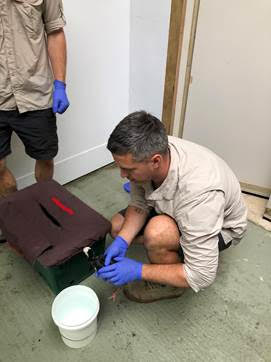