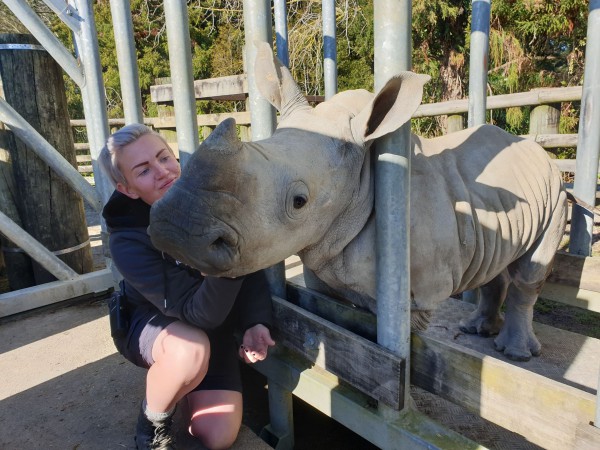 It’s an opportunity to raise the profile and celebrate these beautiful animals.

Here at Hamilton Zoo we play a part in the conservation of this species by giving visitors the opportunity to connect with them and learn about their counterparts in the wild, but also through our exceptionally successful Southern White Rhino breeding programme.

Our work with Southern White Rhino began in October 1999 with the arrival of male Zambezi and females Moesha and Caballe from Kruger National Park in South Africa. In January 2002 Caballe gave birth to son Inkosi. Another son, Mtoto, followed in February 2004 and then daughter Imani in March 2007. During this time, in 2004, four year-old Kito joined the herd from Auckland Zoo.

In March 2007 the social structure of our rhinos was changed by swapping its breeding male Zambesi and male offspring Inkosi and Mtoto for male Kruger from Auckland Zoo.
Kruger settled in well and in April 2009 Moesha gave birth to son Kirafu, followed by daughter Jamila in March 2012. In August 2010 Caballe, who was pregnant with her fourth calf, transferred to Australia Zoo. Since transferring Caballe has gone on to have another four calves - so eight in total!
Kito gave birth to sons, Ubuntu in March 2010, Samburu in June 2016 and the latest arrival Zahra in March 2020.

WHEW!! That’s a lot of beautiful baby rhinos and many of whom have transferred to other zoos to breed:

2020 has been an exciting one for Southern White Rhino. Along with the birth of Zahra in March here at Hamilton Zoo (pictured with Keeper Georgie), Jamila, who transferred to our mates at Auckland Zoo in 2018, gave birth to a little girl in August (now named Nyah). She is the first rhino calf to be born at Auckland Zoo in 20 years and her dad is Zambesi!

We are proud of the work we do with Southern White Rhino. Our ungulate keepers are dedicated to their welfare, enrichment and conservation and together with the purpose-built spacious environment this leads to happy, healthy rhino who breed successfully.

If you haven’t seen our herd or ‘crash’ of Southern White Rhino (Kruger, Moesha, Imani, Kito, Samburu and Zahra) be sure to head down to their paddock where they are often sunbathing or enjoying their mud wallow, like Kruger was before Keeper Georgie got this photo of him. 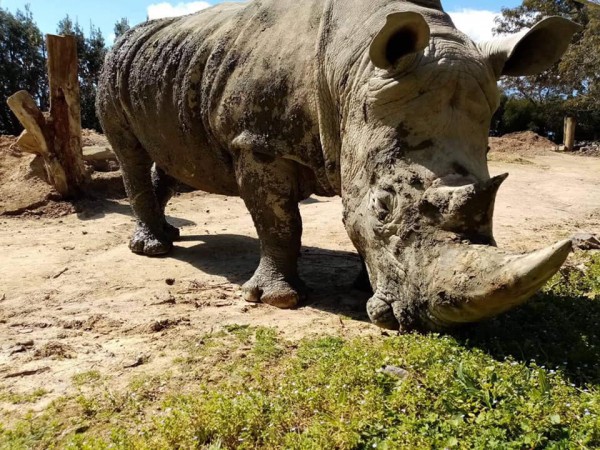