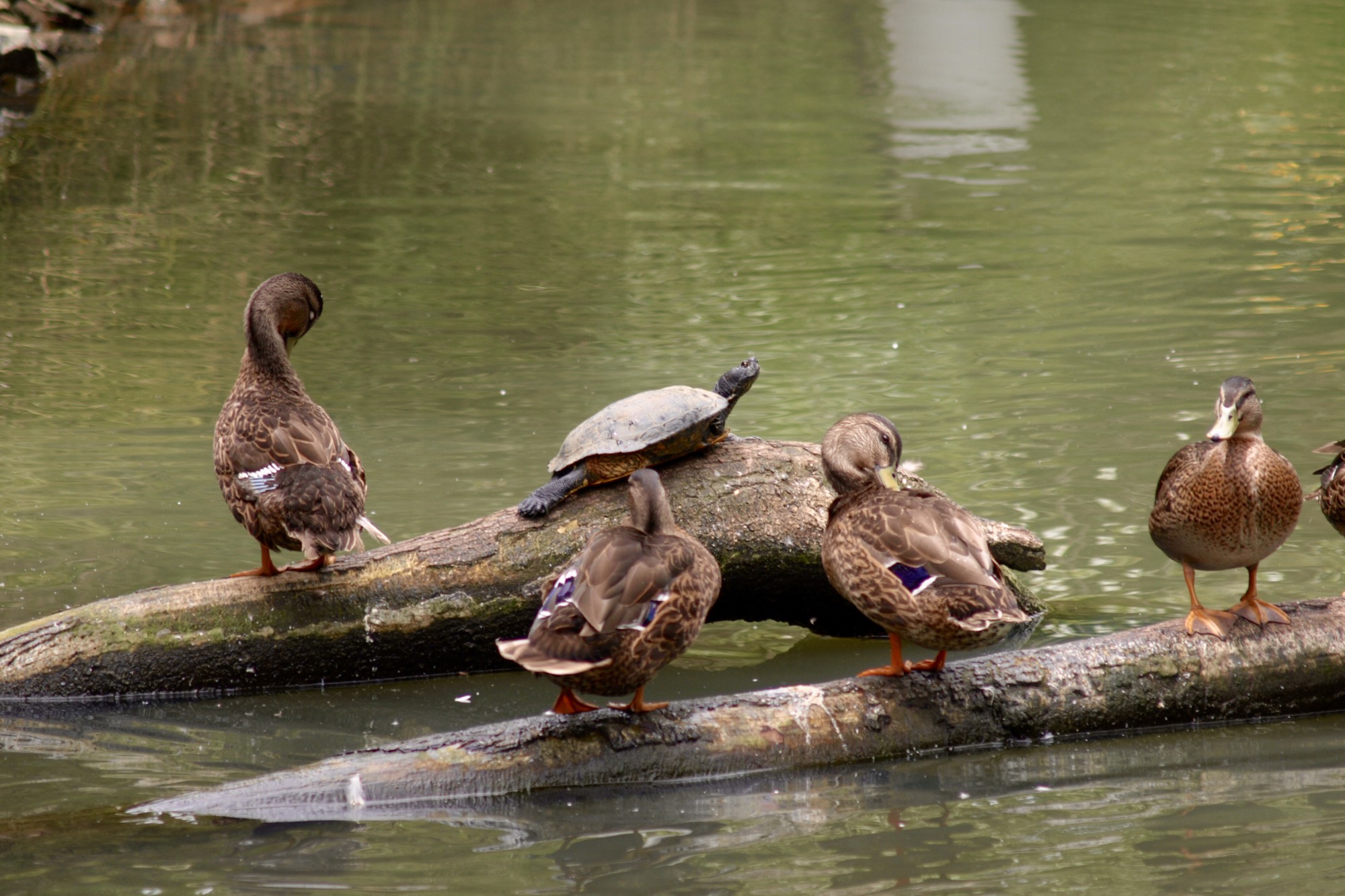 This fresh water turtle (or terrapin) is a native of the southern United States, but distribution has become worldwide due to the pet trade

Almost entirely aquatic, but leaves the water to bask in the sun and lay eggs

A variety of animal and plant materials including fish, crayfish, tadpoles, snails and plant species

Lay 2-20 eggs in shallow burrow and cover, no parental care of juveniles

Live for up to 50 years plus

Red-eared sliders have become common across the world due to the pet trade. Their name comes from the distinctive red marks around the ear, and their ability to slide quickly off rocks and logs into water.

They are deceptively fast and are excellent swimmers. They generally shy away from people.

New hatchlings break open their egg with an egg tooth, which falls out about an hour after hatching. This egg tooth never grows back. Hatchlings may stay inside their shell for the first day or two after hatching.

Red-eared sliders must eat their food in water, because they have fixed tongues and water assists swallowing.

Unfortunately red-eared sliders can grow too large for keeping inside (up to 30cm) and so are often released into the wild in countries that are not their home. You will some times see these reptiles in waterways in New Zealand. They are considered a pest in some states in Australia and there are programmes to remove them. It is thought the same may happen here.

Do not dump any unwanted pets into the wild. The SPCA or similar groups will try to find homes for all such animals. Dumping aquarium animals may also spread diseases which may affect our native animals.