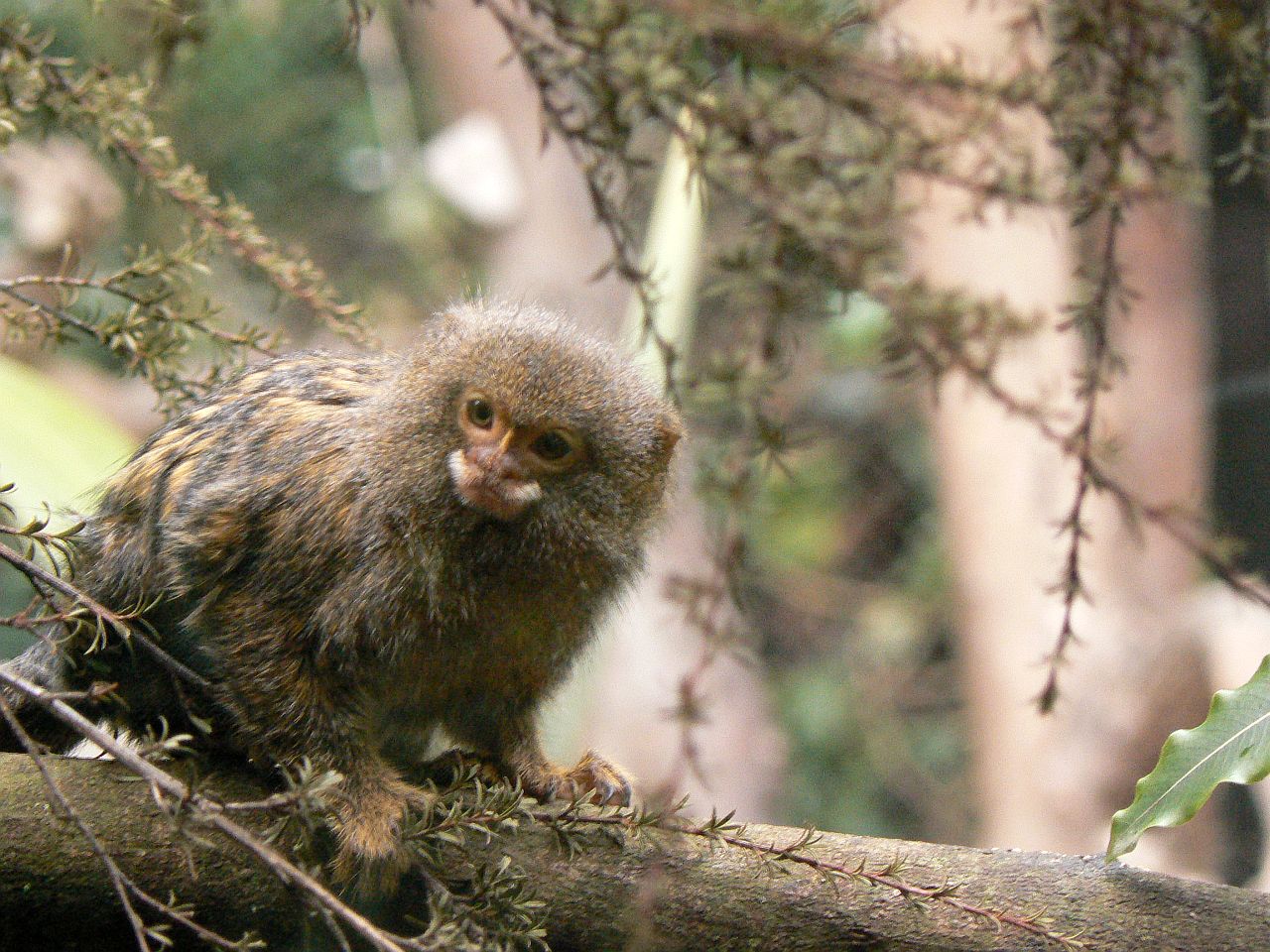 The largest populations are found in the understorey of river-edge forests.

Primarily tree sap or gum, but they also forage for insects and supplement their diet with fruits, buds, flowers and nectars.

Twelve years in the wild, about 22 years in captivity.

We have two pygmy marmosets – Salvador the male and Picchu the female. Both born in 2008, they share their enclosure in the parrot court with blue-and-yellow macaws and sun conures.

They are the smallest living primates –- a full-grown pygmy marmoset weighs about 150 grams. At birth, the young weigh approximately 15 grams!
Pygmy marmosets are monogamous and groups consist of an adult pair and their offspring. All family members help care for the young ones, with the father carrying the newborns piggyback-style for their first two weeks and bringing them back to the mother to nurse. Until the babies are strong enough to travel, they hide while the rest of the family look for food. The young marmosets are usually weaned and can follow the troop by three months of age.
Their small size, speed and agility, colouration and the ability to suddenly freeze, make them difficult for predators to see. Though small, they can leap up to five metres. The ability to turn their heads 180 degrees is an adaptation which allows them to scan the environment for predators while clinging vertically to a tree.
Pygmy marmosets communicate with each other by chattering and trilling in high-pitched voices. They can make sounds at frequencies above the human hearing range.