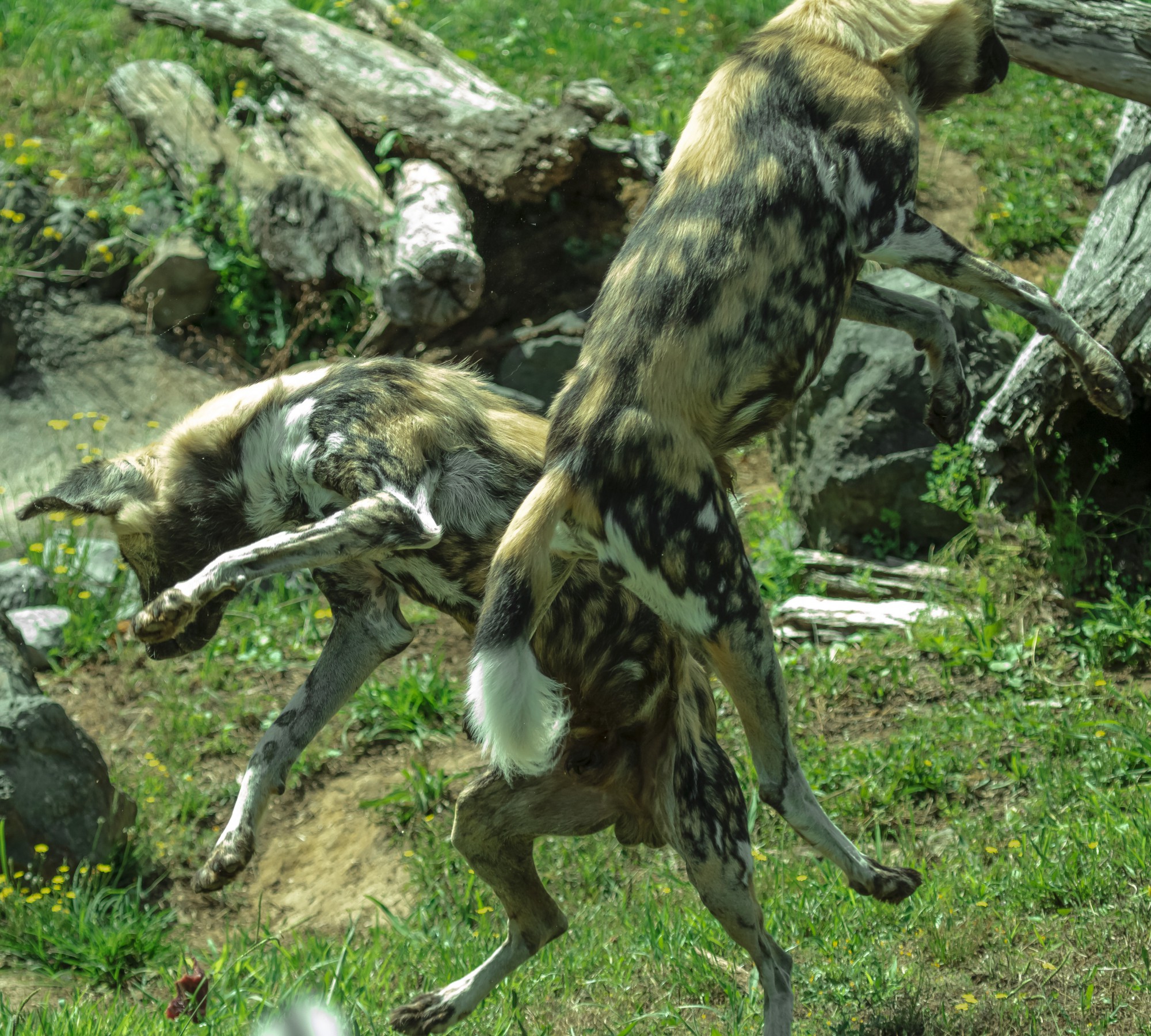 Antelope species such as impala, kudu and wildebeest

Endangered – less than 5000 survive in the wild

Notable for its patterned coat, each dog's pattern is unique except for the white tip to their tail, tan forehead and black muzzle. Pups are born black and white with the tan colour appearing after a few weeks. Hunting dogs have very big ears. This gives them exceptionally good hearing and also helps them to keep cool.

They live in groups or packs averaging 10 individuals, however, groups of over 30 have been seen in the wild. Hunting dogs hunt in packs and chase down their prey over long distances. They have great stamina and can run at 60km/hr (37mph) for over three miles.

Generally only the dominant pair breed. All members of the pack are involved in caring for the offspring, regurgitating food for them upon returning from a hunt and supervising when the parents are hunting.

The species is endangered due to human influences on the landscape and its inhabitants. Habitat loss is a major cause of endangerment worldwide; farming, land clearance and roading allow humans to spread while decreasing natural areas for animals and plants. Reduced prey species is a logical effect of habitat loss, leading to hunting by humans as carnivores are forced to prey on stock. Introduced domestic dogs spread diseases such as distemper and rabies, which spread rapidly through hunting dog packs due to their regurgitation food-sharing. Accidental deaths of hunting dogs by vehicles are common.

There are three hunting dogs that make up the pack here at the zoo. Msaka lives next to the savanna, and the two younger boys, Kudu and Romeo live near the tiger exhibit.
Three females and one male.

In 2014 we sent five hunting dogs, Tano, Tatu, Mac, Mazi and Ishe who were all born at Hamilton Zoo, to Singapore Zoo.