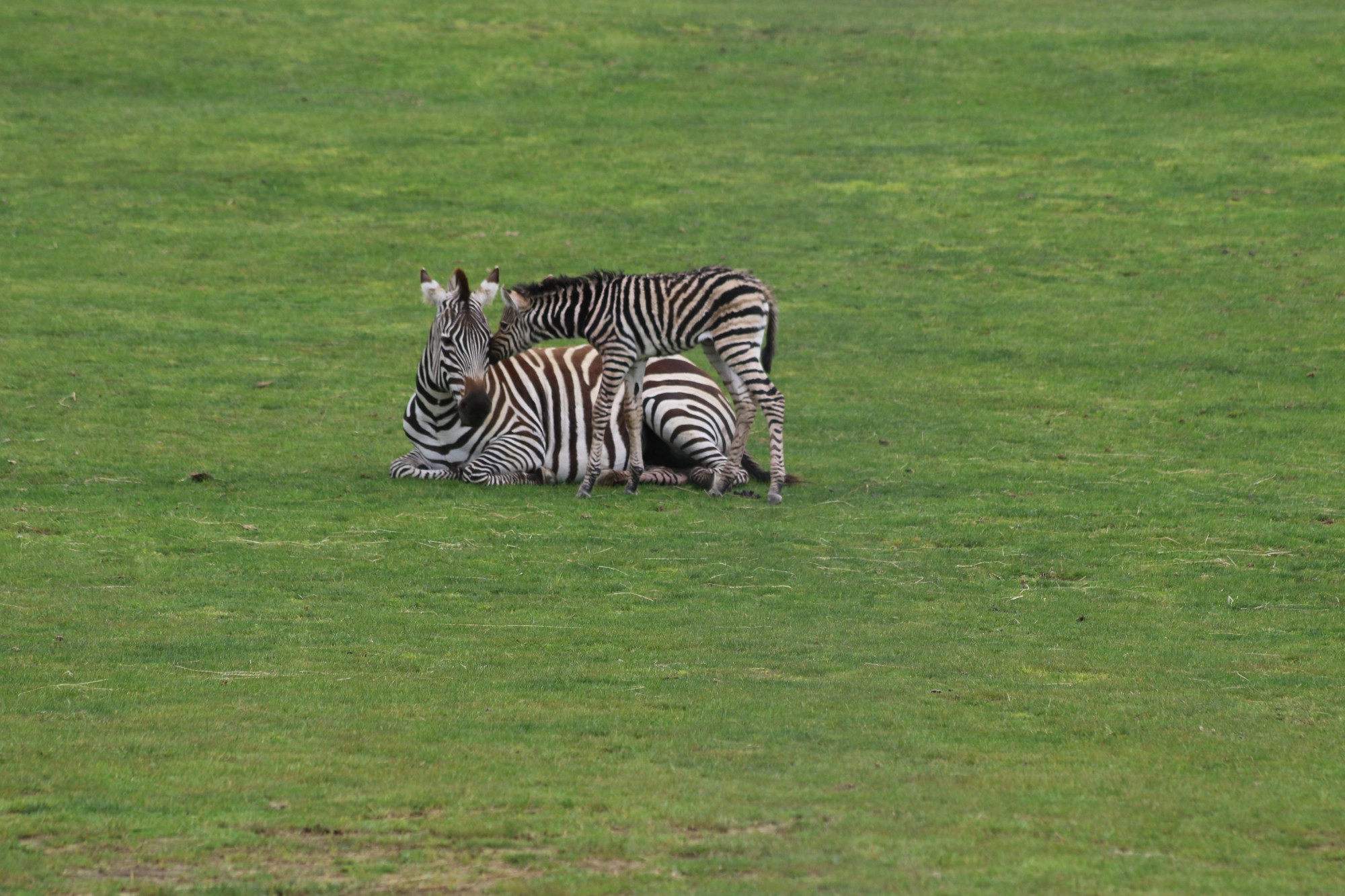 Grant's Zebra is the smallest subspecies of the plains zebra. They are vertically striped in front, horizontally on the back legs, and diagonally on the rump and hind flanks.

More Grant's zebras are in the wild than any other species or subspecies of zebra. Unlike some other zebra types, they are not endangered. Grant's zebra eat the coarse grasses that grow on the African plains, and they are resistant to diseases that often kill cattle, so the zebra do well in the African savannah.

However, recent civil wars and political conflicts in the African countries near their habitats has caused regional extinction, and sometimes zebra are killed for their coats, or to eliminate competition with domestic livestock.

We have one Grant's Zebra at Hamilton Zoo. Marble (pictured with her foal) holds her own just fine with the Plains Zebra and is a feisty but friendly lass.