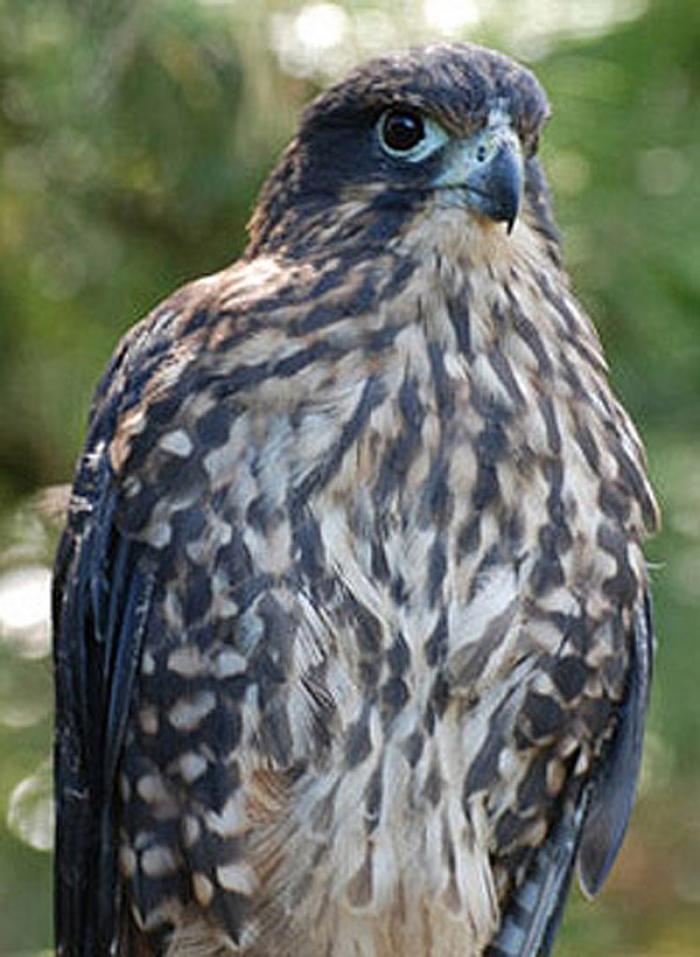 Scattered populations throughout both main islands and some small islands also; very rare north of Auckland.

Mostly birds, both native and introduced species and some mammals and insects.

Breeding is August to December and they nest under cover of a rock or log, or in epiphytes on trees. They lay two to four eggs and a second clutch possibly may be laid to replace lost or infertile eggs; incubation lasts around 30 days. Chicks are fed by females for the first 10 days; fledge at around 55 days but can fly about 20 days earlier.

As falcons nest on the ground, their eggs and chicks are vulnerable to nocturnal pests like stoats and rats, and also to cats and dogs.

Falcons are the world’s fastest birds flying at speeds of over 100 km/h. Amazing hunters, they are capable of taking prey up to six times their own bodyweight!