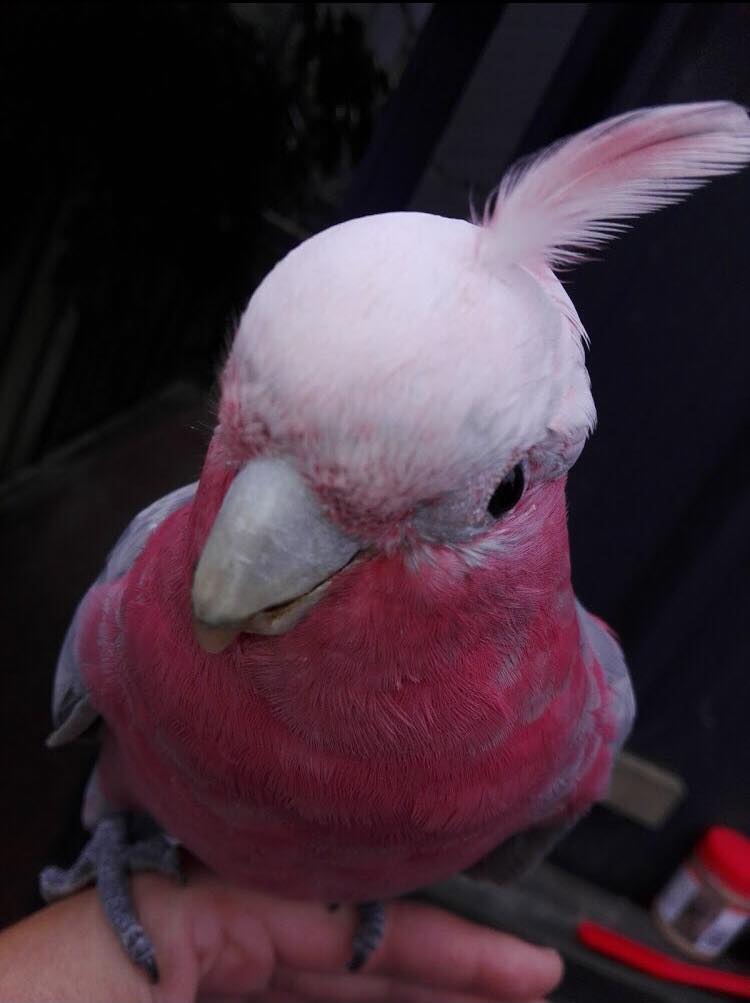 Found in every state of Australia and self-introduced to Tasmania

Common in some metropolitan areas like Perth and Melbourne, and in open country offering scattered trees for shelter

Grasses, herbs, seeds, nuts, berries, roots, green shoots and leaf buds. They may eat insects and their larvae for additional protein. Land clearance and the planting of cereal crops by European settlers expanded the galah diet to include grains, cereal crops, sunflower seeds and fruit.

Galah breed in a hollow tree, usually a eucalypt near water, and use the bark and leaves off the tree to line the nest, which is a shallow scrape in the ground. An average of three eggs incubated by both parents for four weeks. Young birds leave the nest eight weeks after hatching, and are fed by the parents for two to three weeks longer.

It is unusual for wild galahs to survive beyond 30 years, but in captivity they may live to 80 years of age!

Cars, cats and shooting are the main threats to wild galahs

Galahs are highly social and live in flocks of up to 100 birds. They are not particularly territorial and often share roosting trees and food sources. Galahs feed in the morning and late afternoon, and shelter in trees during the hottest part of the day. They roost at sunset after a pre-roosting display of aerobatics and screeching, and are sometimes active at night.

We have three galah at Hamilton Zoo, brothers Drogon, Rhaegal and Viserion.