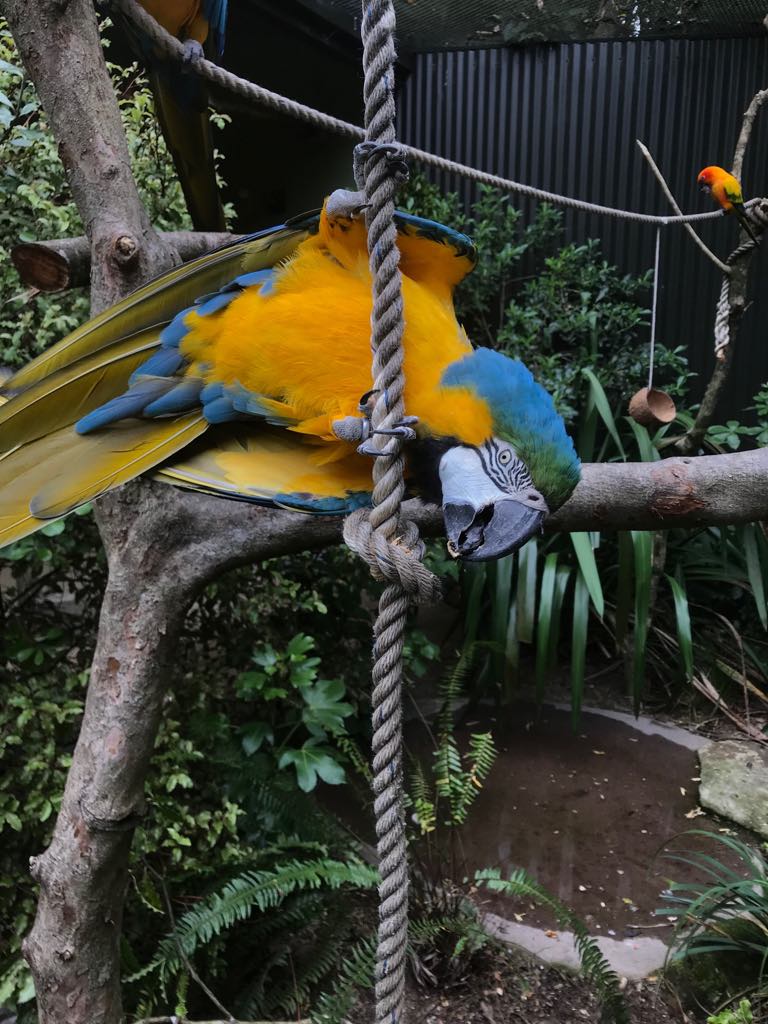 Tropical and subtropical forests growing in swampy grounds or rivers

Dependent on the fruit of trees for food, they eat seeds, fruits, berries and nuts. Some macaws include flowers and nectar in their diet.

Breeding is February to May and they nest in hollows in the tops of large trees. They usually lay two elloptical eggs incubated for about 28 days. Two to four chicks are born each year and fledge at three months. The male has a role in the feeding of the babies.

Blue and yellow macaws are vivid in appearance and at 85cm tall and about 1.5kg in weight these birds are considered one of the world's largest parrots. Living in noisy flocks of up to 30 birds, they keep in contact with a range of calls from harsh squawks to piercing shrieks.

As well as being accomplished flyers, they spend much of their time climbing around the treetops, using their characteristic curved beak as an extra limb to help them climb. Similarly, they will use their feet to help hold food whilst they eat.

Many macaws pair for life, a bond often found in captivity in the form of attachment to the keeper. They have a lifespan of up to 60 years in captivity.

Deforestation is a threat to all macaws, but the biggest threat is capture for the pet trade. Adult birds are killed for food and feathers.