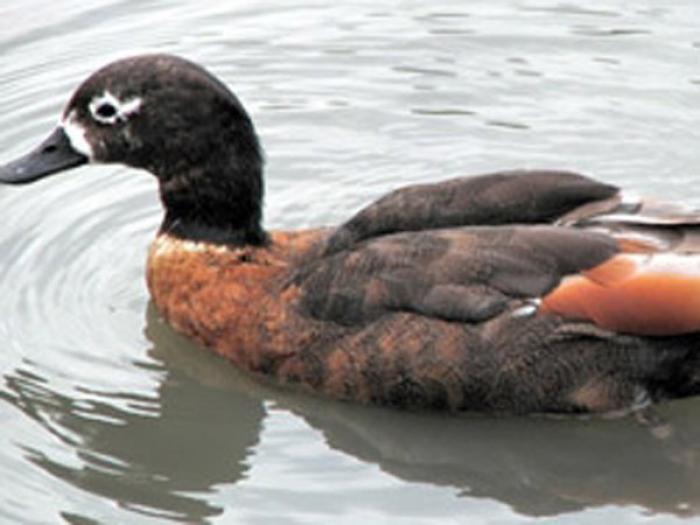 Southeastern and western Australia; appear to be self-introduced to scattered sites around New Zealand.

Breeding is July to December and they nest in a large tree hollow, lined with down. They lay 5-14 eggs incubated for 33 days. They remain together in a family group for the first six weeks, once fledged they are completely independent.

During dry times Australian Shelducks migrate to water. After breeding season, they gather in large flocks on water for moulting. They feed noisily late afternoon but spend much of the day resting beside water.

Believed to pair for life, Australian Shelduck return to the same nest each year. They are very territorial, defending their area against other bird species.

Never popular as a bird for the table, the Australian Shelduck has not been victimised by overhunting and populations may have actually grown due to the increase of irrigation in agriculture.